This month’s theme is Best Book with an Active War and let me tell you what, it was more difficult challenge than I thought mainly because I haven’t read any war-themed books as of late. END_OF_DOCUMENT_TOKEN_TO_BE_REPLACED 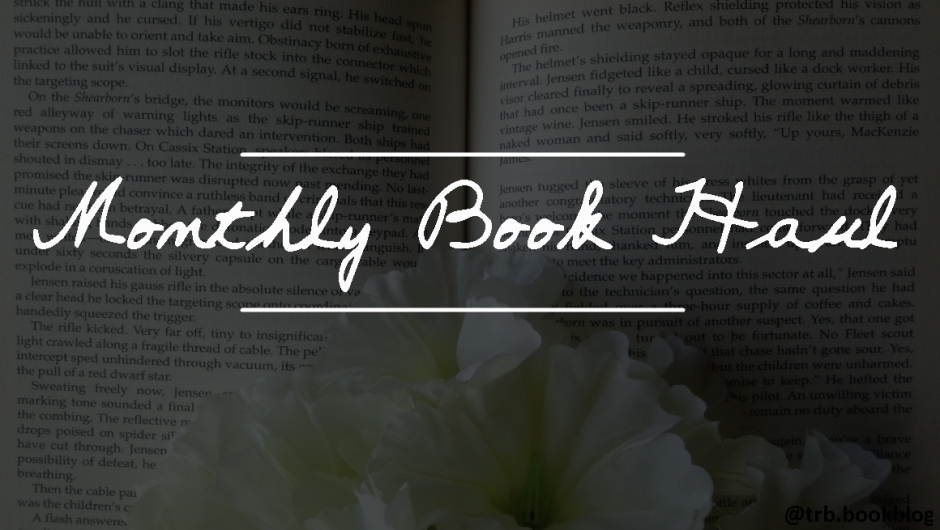 November was a hard month of school and work, but I gotta say there was some ahhmazing food! Not to mention I scored pretty fantastically during Book Outlet’s Black Friday sale! I don’t know that I’ve ever purchased 6 new (2 of them being hardcover) books for just $15! I already have a December TBR list, but I will be adding some of these to my 2017 lineup!

What were your best bookish scores in November??

Oh, a quick announcement while I am thinking about it and before I forget!

Starting in January I will be one of the many blogs participating in the Calendar Girls 2017 event hosted by fellow bookish-bloggers Flavia and Melanie! If you haven’t already, make sure to check it out and get all signed up. January’s theme is going to be “Best Debut Novel of 2016!” Can’t wait! 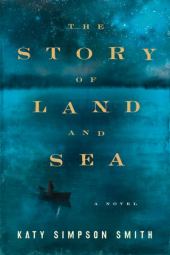 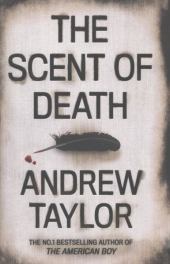 It’s been a long time since Colt Stafford shrugged off his cowboy legacy for shiny Manhattan loafers and a promising career on Wall Street. But when stock market manipulations leave him financially strapped, the oldest son of legendary rancher Sam Stafford decides to return to the sprawling Double S ranch in Gray’s Glen, Washington. He’s broke, but not broken, and it’s time to check in with his ailing father, and get his legs back under him by climbing into the saddle again.

He doesn’t expect to come home to a stranger pointing a loaded gun at his chest— a tough yet beautiful woman that Sam hired as the house manager. Colt senses there’s more to Angelina Morales than meets the eye and he’s determined to find out what she’s hiding…and why.

Colt’s return brings new challenges. Younger brother Nick has been Sam’s right-hand man at the ranch for years and isn’t thrilled at having Colt insert himself into Double S affairs. And the ranch’s contentious relationship with the citizens of Gray’s Glen asks all the Stafford men to examine their hearts about what it truly means to be a neighbor.  And as Wall Street recovers, will Colt succumb to the call of the financial district’s wealth and power—or finally the courage to stay in the saddle for good?

Many years ago, J.R.R. Tolkien composed his own version of the great legend of Northern antiquity, recounted here in The Legend of Sigurd and Gudrún.
In the Lay of the Völsungs is told the ancestry of the great hero Sigurd, the slayer of Fáfnir, most celebrated of dragons; of his awakening of the Valkyrie Brynhild, who slept surrounded by a wall of fire, and of their betrothal; and of his coming to the court of the great princes who were named the Niflungs (or Nibelungs), with whom he entered into blood-brotherhood.
In scenes of dramatic intensity, of confusion of identity, thwarted passion, jealousy, and bitter strife, the tragedy of Sigurd and Brynhild, of Gunnar the Niflung and Gudrún his sister, mounts to its end in the murder of Sigurd, the suicide of Brynhild, and the despair of Gudrún.
The Lay of Gudrún recounts her fate after the death of Sigurd, her marriage against her will to the mighty Atli, ruler of the Huns (the Attila of history), his murder of her brothers, and her hideous revenge.

Scottish Highlands, 1945. Claire Randall, a former British combat nurse, is just back from the war and reunited with her husband on a second honeymoon when she walks through a standing stone in one of the ancient circles that dot the British Isles. Suddenly she is a Sassenach—an “outlander”—in a Scotland torn by war and raiding clans in the year of Our Lord . . . 1743.

Claire is catapulted into the intrigues of a world that threatens her life, and may shatter her heart. Marooned amid danger, passion, and violence, Claire learns her only chance of safety lies in Jamie Fraser, a gallant young Scots warrior. What begins in compulsion becomes urgent need, and Claire finds herself torn between two very different men, in two irreconcilable lives.

Oscar Wilde brings his enormous gifts for astute social observation and sparkling prose to The Picture of Dorian Gray, his dreamlike story of a young man who sells his soul for eternal youth and beauty. This dandy, who remains forever unchanged—petulant, hedonistic, vain, and amoral—while a painting of him ages and grows increasingly hideous with the years, has been horrifying, enchanting, obsessing, even corrupting readers for more than a hundred years.

Taking the reader in and out of London drawing rooms, to the heights of aestheticism, and to the depths of decadence, The Picture of Dorian Gray is not only a melodrama about moral corruption. Laced with bon mots and vivid depictions of upper-class refinement, it is also a fascinating look at the milieu of Wilde’s fin-de-siècle world and a manifesto of the creed “Art for Art’s Sake.”

The ever-quotable Wilde, who once delighted London with his scintillating plays, scandalized readers with this, his only novel. Upon publication, Dorian was condemned as dangerous, poisonous, stupid, vulgar, and immoral, and Wilde as a “driveling pedant.” The novel, in fact, was used against Wilde at his much-publicized trials for “gross indecency,” which led to his imprisonment and exile on the European continent. Even so, The Picture of Dorian Gray firmly established Wilde as one of the great voices of the Aesthetic movement, and endures as a classic that is as timeless as its hero.

Set in a small coastal town in North Carolina during the waning years of the American Revolution, this incandescent debut novel follows three generations of family–fathers and daughters, mother and son, master and slave–characters who yearn for redemption amid a heady brew of war, kidnapping, slavery, and love.

Drawn to the ocean, ten-year-old Tabitha wanders the marshes of her small coastal village and listens to her father’s stories about his pirate voyages and the mother she never knew. Since the loss of his wife, Helen, John has remained land-bound for their daughter, but when Tab contracts yellow fever, he turns to the sea once more. Desperate to save his daughter, he takes her aboard a sloop bound for Bermuda, hoping the salt air will heal her.

Years before, Helen herself was raised by a widowed father. Asa, the devout owner of a small plantation, gives his daughter a young slave named Moll for her tenth birthday. Left largely on their own, Helen and Moll develop a close but uneasy companionship. Helen gradually takes over the running of the plantation as the girls grow up, but when she meets John, the pirate turned Continental soldier, she flouts convention and her father’s wishes by falling in love. Moll, meanwhile, is forced into marriage with a stranger. Her only solace is her son, Davy, whom she will protect with a passion that defies the bounds of slavery.

‘This is the story of a woman and a city. I saw the city first, shimmering from afar like the new Jerusalem in the setting sun. It was Sunday, 2nd August 1778.’

Edward Savill, a London clerk from the American Department, is assigned to New York to investigate the claims of dispossessed loyalists caught on the wrong side of the American War of Independence.

Surrounded by its enemies, British Manhattan is a melting pot of soldiers, profiteers, double agents and a swelling tide of refugees seeking justice from the Crown.

Savill lodges with the respected Wintour family: the old Judge, his ailing wife and their enigmatic daughter-in-law Arabella. The family lives in limbo, praying for the safe return of Jack Wintour, Arabella’s husband, who is missing behind rebel lines.

The discovery of a body in the notorious slums of Canvas Town thrusts Savill into a murder inquiry. But in the escalating violence of a desperate city, why does one death matter? Because the secret this killing hides could be the key to power for whoever uncovers it…