Praise for Zodiac by Romina Russell:

“With a stellar cast, fascinating mythology, and unexpected twists and turns, ZODIAC is a must read. I am a fan!” —Morgan Rhodes, New York Times bestselling author of the Falling Kingdoms series

“A sci-fi refreshing for both its nondystopian plot and fallible heroine.” —Kirkus

“Russell’s debut novel is rich with details of a society that is equal parts hard science and free-flowing faith, making it a great read for fans of both epic fantasy and sf. Fans of the immersive world of Zodiac will be happy to know that this is just the first in a series.” —Booklist

Summary: At the dawn of time, there were 13 Houses in the Zodiac Galaxy. Now only 12 remain….

Rhoma Grace is a 16-year-old student from House Cancer with an unusual way of reading the stars. While her classmates use measurements to make accurate astrological predictions, Rho can’t solve for ‘x’ to save her life—so instead, she looks up at the night sky and makes up stories.

When a violent blast strikes the moons of Cancer, sending its ocean planet off-kilter and killing thousands of citizens—including its beloved Guardian—Rho is more surprised than anyone when she is named the House’s new leader. But, a true Cancrian who loves her home fiercely and will protect her people no matter what, Rho accepts.

Then, when more Houses fall victim to freak weather catastrophes, Rho starts seeing a pattern in the stars. She suspects Ophiuchus—the exiled 13th Guardian of Zodiac legend—has returned to exact his revenge across the Galaxy. Now Rho—along with Hysan Dax, a young envoy from House Libra, and Mathias, her guide and a member of her Royal Guard—must travel through the Zodiac to warn the other Guardians.

But who will believe anything this young novice says? Whom can Rho trust in a universe defined by differences? And how can she convince twelve worlds to unite as one Zodiac?

If you haven’t already started the Zodiac series and you are a fan of science fiction, dystopian, and/or fantasy work then this is a fantastic series that you’ll love and it should be added to your TBR immediately! This is book 1 of 3, soon to be a total of 4 when Russell’s latest installment, Thirteen Rising hits shelves on August 29th!

Join myself and some other fantastic bloggers this summer as we sweep through all three books in the series in a summer #readathon leading up to Thirteen Rising‘s book birthday this fall! Make sure you mark your calendars for the upcoming Twitter Q&A with Romina Russell and Penguin Random House! 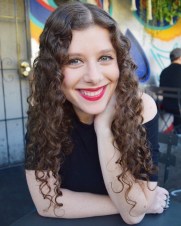 Romina Russell is a Los Angeles based author who originally hails from Buenos Aires, Argentina. As a teen, Romina landed her first writing gig—College She Wrote, a weekly Sunday column for the Miami Herald that was later picked up for national syndication—and she hasn’t stopped writing since. When she’s not working on the ZODIAC series, Romina can be found producing movie trailers, taking photographs, or daydreaming about buying a new drum set. She is a Virgo to the core.

Visit her website here, and don’t forget to check out her social media for updates & bookish delights galore! 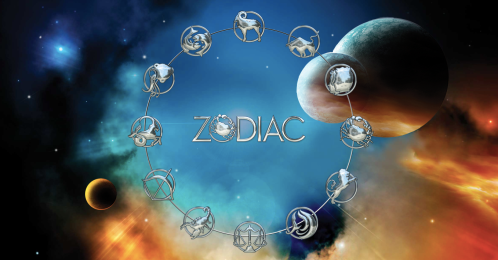 RULES: Enter for a chance to win either one (1) grand prize set of Romina Russell’s Zodiac Series in paperback, including Zodiac, Wandering Star, and Black Moon (32.97) or to be one (1) of five (5) second place winners to receive a copy of Zodiac by Romina Russell (ARV: $10.99 each).

NO PURCHASE NECESSARY. Enter between 12:00 AM Eastern Time on June 26th, 2017 and 12:00 AM on July 17, 2017.  Open to residents of the fifty United States and the District of Columbia who are 13 and older. Winners will be selected at random on or about July 21, 2017. Odds of winning depend on number of eligible entries received. Void where prohibited or restricted by law.

Have you read any of these books? Are you following Romina Russell on social media yet (she posts updates and fun pics with her readers, check it out!)? Will you be joining us on Twitter for the upcoming Q&A? If you haven’t read this (or any of the Zodiac series), what is your favorite genre to read?